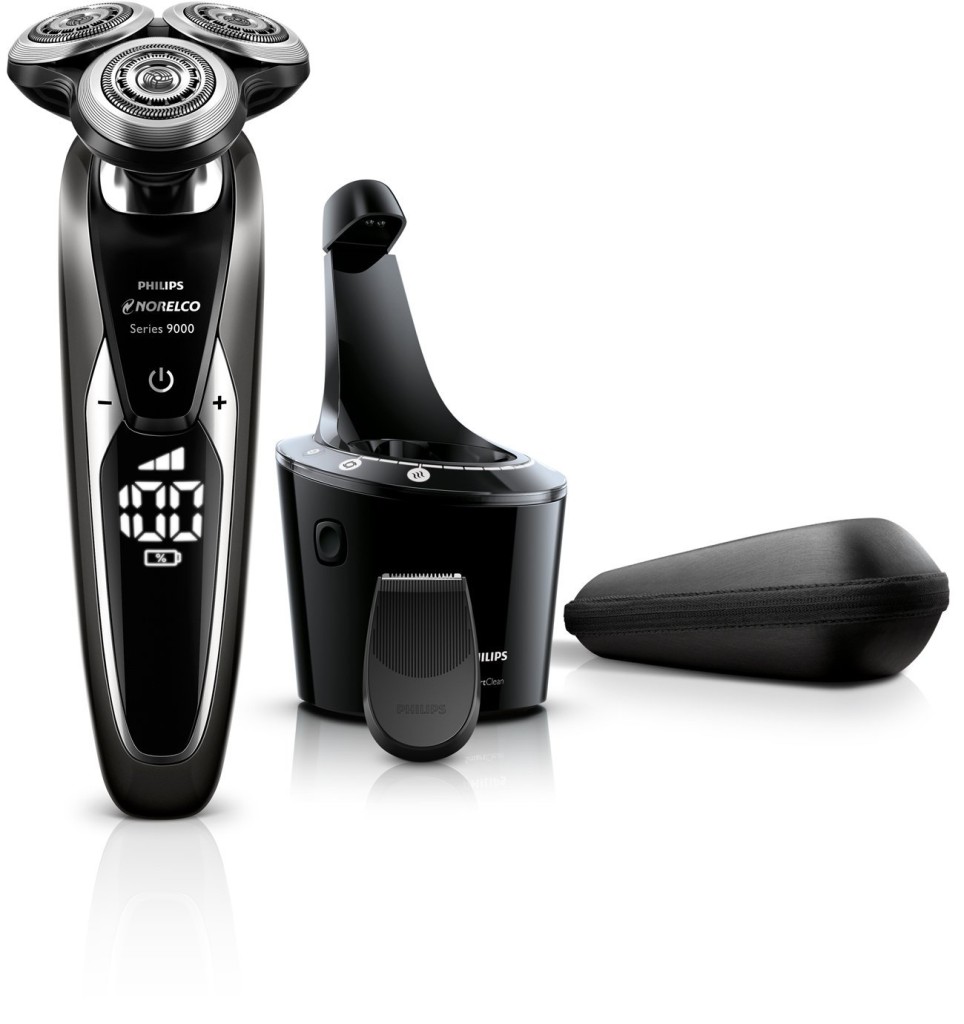 I don’t know the exact reason why, but every time we review the latest in electric shaving, we have that impression that there’s no more room for improvement.

Well, as you will see further, we couldn’t have been more wrong about our assumptions. Not every new release is a step forward, but the Philips Norelco 9700 Series S9721/84 Shaver, that we’re going to analyze in this review, proves our beliefs wrong.

If you lack the necessary time to go through the entire review, in this video below you can watch a summarized presentation of the new Philips Norelco 9700 Series:

Benefits of the Philips Norelco 9700 Shaver

When reviewing an electric razor, there are multiple aspects that we take into account, like quality of shave, ease of use, ergonomics, value for money and others. The S9721/84 excels in many different aspects, but that’s something that Philips Norelco has gotten us used to with the models of shavers.

As I said in the beginning of this review, we thought that there isn’t any more room up from the 1280x range, at least not as far as rotary shavers are concerned. But with this latest model, they managed to increase the quality of this product in many different ways.

Feedback, Ratings and Reviews of Customers

The Philips Norelco Shaver 9700 Series has been already reviewed by 69 customers with an average rating of 4.5 out of 5 stars. This average is made up of 43 rating of 5 stars, 19 ratings of 4 stars, 3 ratings of 3 stars and 4 ratings of 2 stars. It hasn’t received any 1-star ratings. Considering the fact that it has only been released since few months, it’s very well received by men who decided to give it a try. Let’s take a look at what most reviewers had to say about this rotary shaver:

Most men who bought this razor said that they were amazed what a close shave they were able to obtain. Many reviewers mentioned that they were accustomed to the level of quality with Norelco razors, but that the 9700 Series has surpassed all their expectations.

Another aspect that most reviewers have commented on is the ease of use. Due to the ergonomic design, most men said that holding and using the razor is very comfortable. The fact that they upgraded its design and made it even more user-friendly was confirmed by a large number of those who used the shaver.

One of the reasons why most men were not really big fans of electric razors is because they could not have a wet shave using them. The Philis Norelco Shaver 9700 is capable of offering both a dry and wet shave and maintain the same increased level of closeness and comfort.

Although it was extremely well received, there were some reviewers who would have liked some aspects to be different. Some men said that they would have preferred a built-in trimmer, because changing the heads seemed to be an inconvenience for them. Another aspect that could put some shavers off is the price tag, which is approximately $100 higher than the next model of this generation.

After taking a close look at all the details of the Philips Norelco S9721/84 Series 9700 Shaver and analyzing and comparing all the reviews of customers, the conclusion is pretty straightforward. If you don’t mind spending a buck for higher precision, comfort and convenience, you should go for it.