"Good value for the money. It's the first two edged safety razor I've bought so it was good not to spend too much money on something I didn't have a lot of experience with & didn't want to spend a lot of money on. The handle is a little short but the blades that came with it are Merkur & are made in Solingen, the "City of Blades." Mark V. Salt Lake City, UT 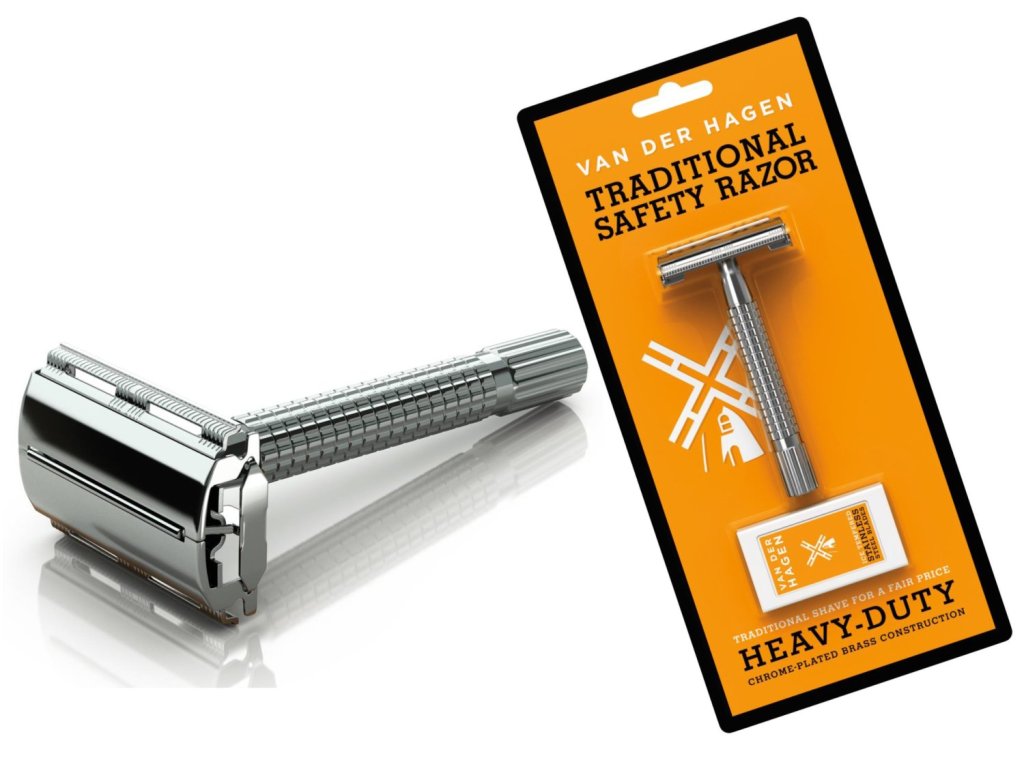 Shaving with a safety razor is the way to go if you want to experience a quality wet shave. Most wet shavers started out with disposable cartridge razors, but no matter how many blades the manufacturers add to their new releases, they’re never going to surpass the experience of shaving with a double edged safety razor as far as quality and comfort goes.

Today we take a look at the Van Der Hagen Traditional Safety Razor to find out if it’s a razor worth considering.

The most important thing about shaving is the shave itself. It so often happens, with disposable razors especially, that you get a close shave but then you suffer the next hours from skin irritation; which, besides the fact that it really doesn’t feel comfortable, you’ll have a redness that will not pass easily. Having to go into an important meeting where you have to look your best turns into a nightmare scenario.

Yes, the blades that you use with your safety razor make for most of the difference, but the razor itself has an important place in the equation as well. The Van Der Hagen Traditional Safety Razor comes with a set of blades that are made in Solingen, Germany. The razor itself is made in China.

This razor’s handle is 3 inches long, which might seem somewhat short for many shavers. Truth is, men with bigger hands might prefer a razor that has a longer handle, like the Merkur Long Handled Safety Razor, that is about an inch longer. On the other hand, the Van Der Hagen Safety Razor’s handle has a knurled design that ensures a firm grip and a good level of control.

Out of all the types of shaving tools, safety razors are, generally speaking, one of the most cost-efficient options you have. There are some models that are closer to $100, like the Merkur Adjustable Futur Gold Plated, but most run up to about 40-50 bucks maybe. The cost of double edge razor blades is pretty low. Over time you save more money without having to always pay 20 dollars for another set of 4 disposable blades that will last for about 3 shaves each. The truly great thing is that safety razors also offer some of the closest and smoothest shaves.

Feedback, Ratings and Reviews of Customers

Although most men who tried this razor out rated it 5 stars out of 5, there were some shavers that complained about certain aspects. Some reviewers said that due to the design, they felt like the manufacturers did a far too diligent job making it safe, and that they would have liked more blade exposure. Another reviewer complained about the handle being too short and mentioned difficulties holding it with wet hands.

Overall, although there were some men who complained about certain aspects of this razor, most shavers who bought the Van Der Hagen Traditional Safety Razor were more than happy with their choice. Considering the price this razor goes for and the cost of the blades, it’s one of the decisions that will have a positive impact on your finances over time.

Previous post: How to Sharpen A Straight Razor: The Beginner’s Guide