How To Adopt A Proper Shaving Technique 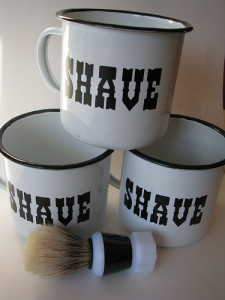 Shaving evolution began during the middle ages and the prehistoric times and still goes on up to date. That is from plucking out hairs to the now common electric shaving. It is believed that the earliest men used to pluck out hairs using shells and then later replaced that habit by using flint razors which proved to be sharper but couldn’t stand the test of time. They were not very durable.
Shaving was adopted by Egyptians for their customs and also due to their personal hygiene obsessions. Egyptians priests believed that bodily hair was a sign of uncleanliness therefore it was shameful to have some. Shaving was later adopted by the Greeks and the Romans during the times of Alexander the great. Shaving was also introduced to the soldiers because it used to derail them during hand to hand combat.
With the spread of shaving throughout the world, those that did not shave became known as Barbarians which means ”unbarbered’.

So, how does shaving with an electric razor work?

Getting a better shave with an electric shaver can be obtained with the following steps:

Always ensure that you clean your shaver after shaving by lifting the head that holds the screen avoiding as much as possible to touch the screen. The screen will wear and become thin over a period of time which inclines you to press hard for a clean shave or going over the same area repeatedly. This usually results in irritation.

Washing your face helps remove skin oil which is a hindrance to shaving. Another alternative is the use of an alcohol based preshave product which also removes the skin oil. Electric shaving can be improved if the beard is softer.

Always stick to a new electric shaver while shaving so that the body adapts to the new changes.The body produces a scar tissue with a razor blade shave because shaving goes to or below the skin line therefore taking off a very thin layer of skin. That’s not the case with electric shaving. To achieve the full benefits of electric shaving it is advisable to avoid shaving with a blade so that the skin does not have to produce the scar tissue.