Our Recommendations for the Best Nose & Ear Hair Trimmers

There are certain things that change when getting older. Sure, you’ll get a deeper understanding of the world, but you also get to grow hair in unwanted places. Most men do, it’s nothing abnormal. But the fact that you didn’t plan on having that hair, doesn’t mean it will just fall off. Action on your part may be required sooner rather than later. The best thing to do in this circumstance is to search for the best nose and ear hair trimmer.

There are multiple companies that produce nose trimmers. Most of them know what they’re doing, because they have some experience in producing shaving tools. But you want what’s best for you, not just any crappy trimmer that will do half a job. Manufacturers of nose hair trimmers have the same concept: a trimmer that cuts the hair close enough to the skin so that it doesn’t grow back so quickly. When you use your scissors for the job, you just can’t get close enough. You end up worrying about this more than you would otherwise have to.

Finding the best nose hair trimmer is easier said than done. A simple product search will present thousands of options. How can you determine which one is the best? They are very similar, but each company makes sure to individualize its product enough to be different from the competition. There are many aspects that you need to take into account before deciding to purchase a certain model, and this is where we will help you to identify some key features that will make your decision easier and better informed. 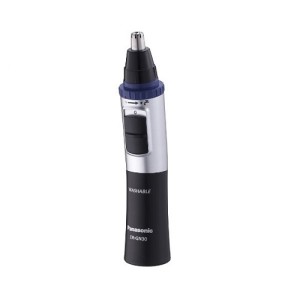 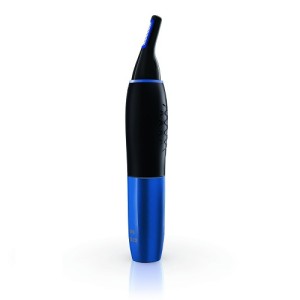 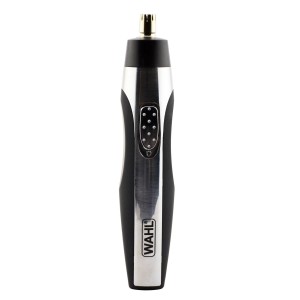 These products are generally very affordable, so either way you go isn’t going to break the bank, but we have a concept that we apply to everything, that is value for money. Before spending your money on a random product, there are certain key aspects that you should take into account when choosing the right nose hair removal or ear hair removal tool.

As mentioned before, these products are pretty affordable. But there are some models that can have a more similar price to regular beard trimmers. They may get the job done, but it’s probably unnecessary to spend that extra cash, as lower priced ones do a great job as well.

Nose hair growth might come together with ear hair growth, but not necessarily. If it is the case, though, you should pick a model that has multiple functionality. The best nose hair trimmers include ear hair removal attachments. Also an aspect that you should pay attention to is the ease of switching between heads. If you would have to switch heads often, it only makes sense to go for one that has an easy system in place.

Nose and ear trimmers are generally easy to take with you when you travel, but there are some extra accessories that some trimmer packages include that make them much more comfortable to take on the road. Many nose hair trimmer packages include pouches where you can safely store you trimmer together with extra batteries, small brushes and oil tubes.

Most beard trimmers have rechargeable batteries. This implies the need of a charger been taken anywhere you go. Nose hair trimmers, on the other side, are generally powered by AA or AAA batteries. It’s both good and bad. You wouldn’t have to carry the charger with you, but in case it runs out and you’re far away from any store, there wouldn’t be much that you could do.

Nose hair trimmers generally fall into two categories, when it comes to the cutting technology. Some use motors similar to those used on beard trimmers, some use rotary blade systems. It’s generally an aspect where not everybody shares the same opinion. It’s a subjective aspect.

These are some aspects that you should take into account on your path to picking the one that’s the best nose hair trimmer for your needs. Further we’ll go into details on the ones that we thought to be the top 3 best nose and ear trimmers.

Out of all the thousands of products available we tested some and decided upon a top 3 comparing our experiences with the ones of multiple reviewers. Let’s look at our top 3. 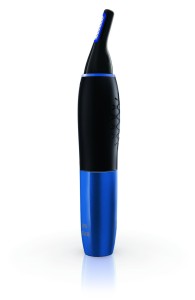 Check out the current price of the Philips Norelco NT9130 D-Finer Precision Trimmer.

Philips Norelco is a major player on the electric shaving tools market. They have a high reputation, which they deserve, proving excellence in different product categories. They are well known for their high quality electric razors and beard trimmers. The NT9130 D-Finer Precision Trimmer is one of the best value for money choices that you can make. People often get the impression they got a lot more than they paid for.

The attachments that come with this nose & ear trimmer are what sets it apart from the competition. You can easily and comfortably trim your nose and ear hair, and additionally clean up your eyebrows, goatee or beard.

Something that you’ll probably notice on the box of the trimmer is the fact that Philips guarantees no hair pulling from this device. And truly so, the trimmer has a quick and comfortable performance, assuring you get the task over with as fast as possible, without suffering from any inconveniences. They base their guarantee on the fact that the blades are extremely sharp. The shaper attachment, though, has a special design to make skin contact safe and styling your facial hair a breeze.

One aspect that is an issue with some trimmers is that a little water on it might get your hand to slip and cause an accident. That’s not a worry you will have with the NT9130 D-Finer. It has a soft touch runner grip that gives you full control over the trimmer at any time and makes sure your hand stays in place regardless of whether it’s wet or dry. It’s powered by a single AA battery, but you’ll have enough place to store replacements in the travel pouch that’s included in the package. 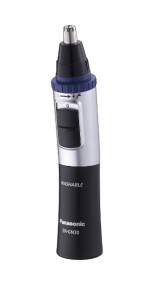 The Panasonic ER-GN-30-K is another top value for money option if you have trouble with hair in unwanted places. It has a powerful motor that will get the job done regardless of how difficult it might be. It runs on a single AA battery which will give you about 90 minutes of shaving time, so if you travel, one replacement battery will be enough. It runs best on alkaline batteries, so avoid using rechargeable batteries because they are not powerful enough, and the motor might stop. That’s not something you want while trimming your nose hair.

It not only does a great job with nose & ear hair, but performs equally well when used on eyebrows and styling facial hair. Cleaning the trimmer after finishing the grooming process is pretty easy to do. It disassembles easily for the cleaning of individual parts or you can hold it under running tap water.

The cap on the top makes sure you don’t get hurt if touching your skin. Panasonic also guarantees that their trimmer will not pull your hair or cause any uncomfortable experience. They also made sure to keep the noise level low, which is something you would probably want considering you use it in your ear.

Check out the current price of the Wahl 5546-200 Ear, Nose and Brow Trimmer

Most people have the same impression of the Wahl 5547-200 Trimmer, that it looks a bit platicky. Truth is it looks much better in reality. It’s made of rubberized plastic and brushed stainless steel or aluminum. The construction of the unit is pretty solid. One thing other reviewers have noticed is the difference in quality when comparing the knob do the rest of the body, meaning they could have paid more attention to detail.

It does a great job cutting all the hairs in the nose that are unaesthetic or bother you in any way. It has a light that first may seem odd, but you’ll quickly see its functionality when trying to cut hairs that are not primarily visible. The trimmer doesn’t pinch or scrape at any point while trimming your nose hair.

The heads are easy to interchange. The nose trimmer does a great job, so does the eyebrow trimmer. However, people complained about the snap-on guide that you use with your eyebrows. This might be considered a weakness in case you planned on using this attachment.

The Wahl 5547-200 Trimmer is powered by a single AA alkaline battery, which they thoughtfully added to the package. It’s one of those little details that matter.

Previous post: What are the Best Straight Razor Brands?